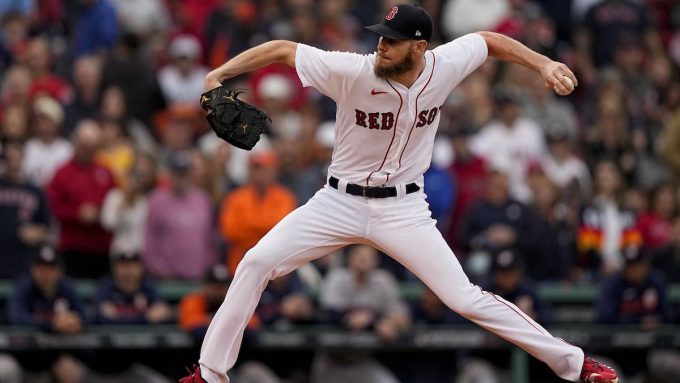 With the trade deadline on the horizon, how do the Dodgers know exactly what they need to do? They don’t know if they’ll have Walker Buehler or Dustin May at even 80 percent on Labor Day. Or what condition the injured Mookie Betts will be in, or if, as expected, Cody Bellinger, Justin Turner and Max Muncy are hitting to their career norms.

How do the Red Sox know if they still need a couple of right-handed relievers? Because there’s no way of knowing how far and well Tommy John recoverees Chris Sale and James Paxton, injured first-time starter Garrett Whitlock (hip) and ace Nathan Eovaldi (back) will have bounced back, not to mention how Tanner Houck has adjusted to a late-inning role even after successfully converting saves in his first four tries. When Houck closed out the Cardinals series on June 19, the Red Sox were 9-1-2 in their last 12 series, but had gone to the bullpen 245 times, second only to the 259 relief appearances by the beleaguered Nationals pen.

How convicted are the Mets about the status of Max Scherzer, Jacob deGrom and Tylor Megill? Same goes for the Brewers on Brandon Woodruff and Freddy Peralta.

In Oakland, Billy Beane and David Forst may as well wait and not worry about Frankie Montas and Paul Blackburn getting hurt, when the owner orders the billboards located on Coliseum Way and Hegenberger Road advertising his yard sale; they’re going to do Amazon Business, as long as they stick to the commands they received on March 10 when the lockout ended and take back nothing more expensive than minimum salaries.

Think back to the end of that lockout and the scramble to have a truncated spring training to satisfy both sides’ priority of a 162-game season. Then think about the possibility of having at least 1,000 pitchers on the injured list by the completion of those 2,430 games, and how neither side considered or seemingly cared about the damage done to so many pitchers’ careers; owners may think about it in September when they tally up all the dollars paid to players on the IL.

On June 20, the Yankees were on a pace for 122 wins. Four of the teams on pace to lose 100 games were scouting the Yankee organization. Why not? They know that while Yankees starting pitchers led the American League in earned run average and WAR, Brian Cashman is going to make a run at Luis Castillo and Frankie Montas.

Teams like the Reds, Athletics, Rangers and Cubs know Cashman will give up actual prospects to get what he wants, like Ezequiel Durán to Texas in the Joey Gallo deal or Roansy Contreras to Pittsburgh in the Jameson Taillon trade. The Yankees have talked Castillo, as will a number of contenders from the Dodgers to the Blue Jays, but the Yankees’ track record of scouting and developing pitchers — like Clay Holmes and Michael King — has become equal to that of the Dodgers and Rays.

Look at Will Warren, which the Reds have done. At this time last year, he was a small right-handed pitcher from Southeast Louisiana University waiting to see if he got drafted. Because of the work of area scouts Nick Leuzinger and Mitch Coloran, the Yankees took Warren in the eighth round. The organization put him on a training program to build 20 pounds. They worked on maximum usage of his body. They fine-tuned his slider into another whirlybird. And this spring, in his first full pro season, he’s shot up to hitting 98 miles an hour, his slider has gone to a seam-shifted weapon, and he’s already at Double-A Somerset and opening eyes. Another Yankee pitching prospect on ask lists? Luis Gil, acquired for Jake Cave because the Yankees have pro scouts whose jobs are specifically to roam the minors in search of pitchers.