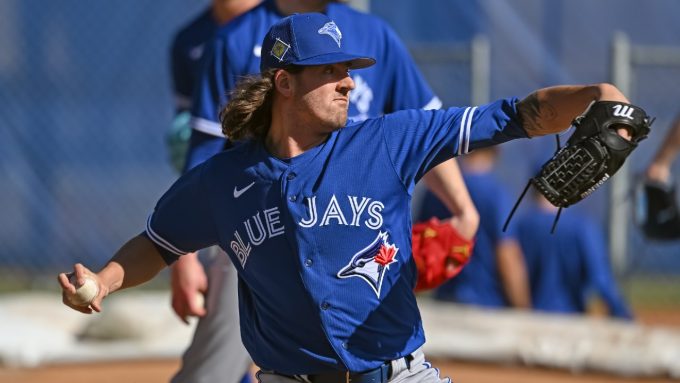 The Minnesota Twins and the Toronto Blue Jays meet in MLB action from Rogers Centre on Sunday.

The Minnesota Twins will look to bounce back from a 12-3 beatdown loss at the hands of Toronto in their last game. Luis Arraez has 54 hits including 5 doubles while also posting a .342 batting average. Byron Buxton also has 32 hits with a team-high 12 home runs and 23 RBIs and Trevor Larnach has 12 doubles and Gary Sanchez has 13 doubles to lead the Twins in two-baggers this season. Jorge Polanco has 43 hits and 28 RBIs and Max Kepler has 25 RBIs as well on the year, while Carlos Correa’s also added 39 hits. Devin Smeltzer is expected to start here and is 2-0 with a 1.50 ERA and 12 strikeouts this season.

The Toronto Blue Jays will look to build on Saturday’s dismantling of Minnesota last time out. Bo Bichette leads the Blue Jays with 56 hits including 14 doubles, 8 home runs and 27 RBIs while Vladimir Guerrero Jr. has a team-high 12 home runs with 29 RBIs and George Springer has 10 home runs with 29 RBIs as well this season. Santiago Espinal has 48 hits with a team-high 15 doubles and a .274 batting average on the year. Kevin Gausman will start this one and is 5-3 with a 2.51 ERA and 70 strikeouts this season.

I get why you could back either team here, but I’m going to deviate from the running data and go with the under. Devin Smeltzer’s pitched well in a spot start/short starter role, while Kevin Gausman’s been rock solid across the board in his debut season for Toronto and I think this could be a lower scoring game that what we’ve seen from both teams as of late, especially Toronto. Give me the under here.