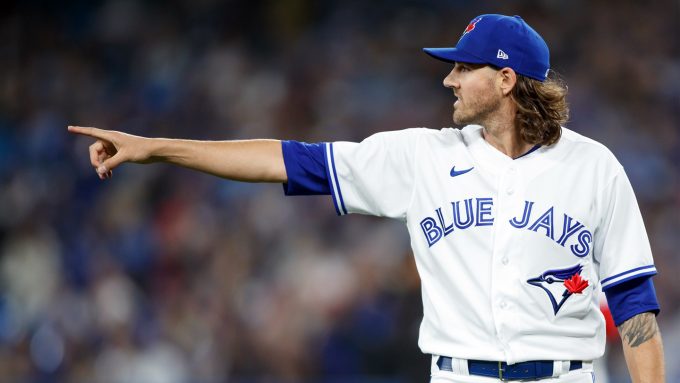 The Boston Red Sox and the Toronto Blue Jays meet in an AL East division matchup in MLB action from Rogers Centre on Monday night.

The Boston Red Sox will look to build on their seven-game win streak after sweeping Cleveland over the weekend with an 8-3 win over the Guardians from Sunday’s series finale. Xander Bogaerts has 86 hits, a .330 batting average and 20 doubles while Rafael Devers has 96 hits with 25 doubles and Enrique Hernandez also has 16 doubles. Alex Verdugo has 5 home runs and 39 RBIs while Devers has a team-high 17 home runs and 50 RBIs and Hernandez also has 24 RBIs. J.D. Martinez also has 24 doubles, a .329 batting average and 32 RBIs this year and Trevor Story has a team-high 50 RBIs as well for Boston. The Red Sox did not have a starting pitcher announced at the time that this article was posted.

The Toronto Blue Jays will try to bounce back after a 10-3 loss at the hands of Milwaukee in Sunday’s series finale. Bo Bichette leads the Blue Jays with 76 hits including 15 doubles, 12 home runs and 39 RBIs while Vladimir Guerrero Jr. has a team-high 17 home runs with 43 RBIs and George Springer has 13 home runs with 34 RBIs as well this season. Santiago Espinal has 67 hits with a team-high 18 doubles and a .265 batting average on the year. Kevin Gausman will start here and is 5-6 with a 3.19 ERA and 87 strikeouts this season.

I get the case to be made either way here, but I’m leaning towards the over here. Kevin Gausman hasn’t had a ton of luck so far this month and Boston’s lineup is tearing the cover off of the ball over the last month plus. On the flipside, we can’t forget about how truly talented this Blue Jays core is and I think this is one of those games that ends up in double digits when all is said and done.