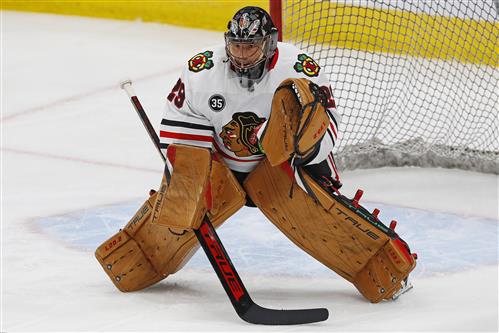 The NHL trade deadline is just a few weeks away, and as buyers and sellers continue to separate down the stretch, odds are good that we’ll begin to see deals forming and becoming official. There’s plenty of smoke around the league, which B/R’s own Lyle Richardson broke down recently, and for teams looking to add that last piece to their roster, there are options aplenty.

Looking for a top-six forward to boost your attack? How about Claude Giroux or Filip Forsberg? In need of a defenseman for your Stanley Cup run? There are plenty of those available, ranging from Mark Giordano to John Klingberg.

There are also a few reclamation projects presumed to be available, meaning there’s a little something for everyone between now and the March 21 deadline.

You usually have to give to get when it comes to trades, however. It’s not every day that teams give away a player like Mark Stone (though, as we know, that does happen on occasion). As such, each team has at least one asset that it should be looking to move in the coming days.

The reasons for this will vary, ranging from lack of a systemic fit to an abundance of depth at a particular position. Regardless, here we’re going to examine one player in each team’s system who should be considered trade bait.

We’ll do our best to source rumors when possible. Some organizations keep things pretty close to the vest, however, and in those instances, we’ll make our speculation clear.

The Anaheim Ducks are at a bit of a crossroads. They have several important unrestricted free agents to think about, and if they were totally out of the playoff race by now, general manager Pat Verbeek’s job would probably be a bit easier.

That hasn’t been the case, however. Anaheim continues to hang around in the Pacific Division, even though MoneyPuck.com only gives them a 13.4 percent chance of making the cut. That’s just enough of a chance that trading someone like Hampus Lindholm gets tricky.

There have been no reports to indicate the Ducks are actively shopping the veteran defender, but he recently made it clear to Eric Stephens of The Athletic that winning will be important to him as he considers his next contract.

Lindholm is 28 this year and will command a decent raise off of the $5.2 million cap hit he’s carried since 2016. The Ducks will have the space to keep him if they want, but they’ll also need to re-sign the likes of Trevor Zegras and Troy Terry in the next few seasons.

Verbeek also has to figure out just when he believes Anaheim’s next Stanley Cup window will open. Does he want to tie up more than $6 or $7 million on Lindholm? For context, Dom Luszczyszyn’s GSVA model has Zegras and Terry both pegged at cap hits north of $7 million. If those two players eat up more than $14 million in cap space two years from now, suddenly having Lindholm on the books might not be so desirable.

If Verbeek can’t get the blueliner to re-up at a number that makes sense for the Ducks, then he should move Lindholm while he’s able to do so.

Jakob Chychrun has been the most intriguing player believed to be available for the majority of this season. And recent reports from David Pagnotta of The Fourth Period and Kevin Zimmerman of ArizonaSports.com indicate that interest in the Arizona Coyotes blueliner is still strong.

Sound arguments from analysts like Adam Gretz of NBC Sports call for the organization to hang on to the top-line defender, but it seems like there’s been so much buzz surrounding Chychrun that something has to give.

If a team, contending or not, agrees to trade the Coyotes the kind of package they’re looking for, then general manager Bill Armstrong has to pull the trigger. It seems like he’s intent on stripping this organization down to the bare bones, which starts with trading Chychrun and his contract, which runs through 2025.

Arizona isn’t under any pressure to do anything now, and maybe this is the kind of trade that we see happen closer to the draft when “hockey deals” are easier. This is the team’s best and most valuable trade chip, however. Whenever the right deal hits Armstrong’s desk, he would be wise to sign off and move on to the next phase of this rebuild.

Presumably with a bundle of prospects and picks tucked under his arm as he heads the other way.

The phrase “strike while the iron is hot” comes to mind when discussing the Boston Bruins trading Jake DeBrusk. At the end of November, the forward made it clear he no longer wanted to be a member of the team, desiring opportunities that he wasn’t getting in Boston.

And recent reports indicate that he still wants out.

Up to this point, dealing him has been difficult for a few reasons. For starters, he simply hadn’t been playing well enough to warrant a particularly strong offer from a rival team. Then there’s the fact that to retain his rights past this year, the acquiring general manager will need to qualify him for $4.4 million.

Since landing on a line alongside Patrice Bergeron and Brad Marchand, DeBrusk has erupted. In his first five games riding shotgun on one of the league’s best units, he’s been on a hot streak. He scored a hat trick on Feb. 28 and has looked like a legit game-breaker for the B’s.

If Boston doesn’t see him as a true part of the team’s future and doesn’t intend to keep him on the top line long term, then the time to shift him is now. DeBrusk has proven that he can skate alongside skilled players and has looked like a valuable contributor of late.