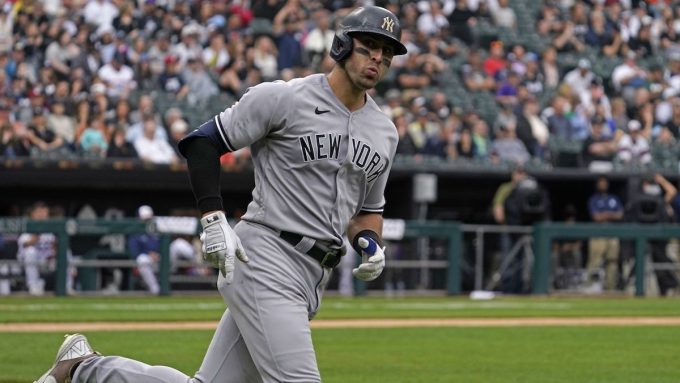 There is only one month of baseball until the MLB trade deadline.

The Yankees hold the best record in baseball. The Astros just stood toe-to-toe with them in the Bronx, even outplaying New York in splitting a four-game series. They also swept the Mets in a pair of two-game series sandwiched around the set against the Yankees, who travel to Houston for a game Thursday.

The Dodgers sit atop the National League and trail only the Yankees in run differential.

But even these top contenders have questions heading into trade season.

Here, we’ll examine the biggest question mark for each playoff hopeful. We defined “contenders” as all teams within four games of .500 going into June 29’s games, which left us with 18 teams.

Can the Yankees unload Joey Gallo?

Gallo is batting at the bottom of New York’s prolific order and will be a free agent after this season. It probably won’t re-sign him, so it makes sense to find a landing spot.

A change of scenery might also help Gallo, who has been decidedly better away from Yankee Stadium.

Will Boston get bullpen help?

Of course, every contender feels like it could stand to bolster its bullpen down the stretch. In Boston’s case, general manager Brian O’Halloran said on WEEI that it was “certainly a possibility.”

The Red Sox have the third-most blown saves. The teams with more—Tampa Bay and Atlanta—are also contenders.

With Boston leading the AL Wild Card race, bullpen help should be its top priority. The market will be robust.

Where is the Rays offense?

The Rays could use some bullpen help of their own. Closer Andrew Kittredge is out for the season after Tommy John surgery. Nick Anderson hasn’t pitched this season, and starter Tyler Glasnow has been out as well. Shane Baz made his 2022 debut June 11.

But the Rays’ lack of offense is staggering. Their .671 OPS ranks 27th, while their three AL East competitors rank in the top five.

Tampa Bay is not set up for a World Series run if it hits the way it is. What will the Rays do?

Bryan Reynolds, Josh Bell, Trey Mancini, Andrew Benintendi, Mitch Haniger, Dominic Smith and even Nelson Cruz make sense. It would be a shame if they came away with nothing.

Will the Blue Jays go after Kyle Gibson, or another back-end starter?

With Kevin Gausman, Jose Berrios and Alek Manoah, the Blue Jays are solid at the top of their rotation even though Berrios has struggled. But Toronto could use some help on the back end.

Meanwhile, the 34-year-old Kyle Gibson (4-3, 4.48 ERA, 1.26 WHIP) has been solid for the Phillies. But after Bryce Harper’s injury, it’s fair to question what use Philly—third in the NL East and fighting for the newly created Wild Card spot—will have for Gibson by the deadline.