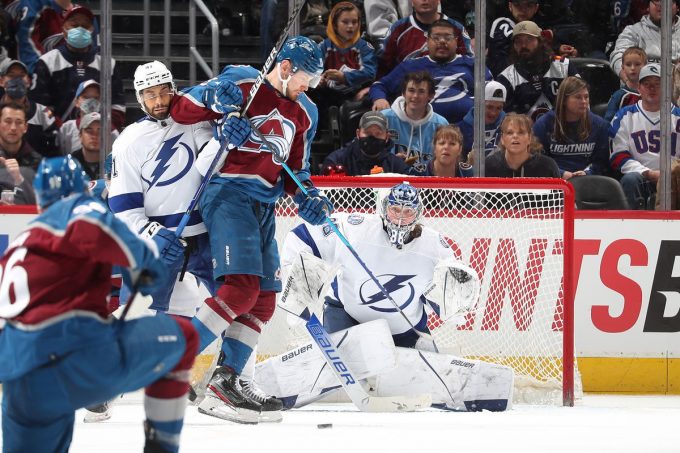 The Tampa Bay Lightning throw down against the Colorado Avalanche in Game 1 of the Stanley Cup Final Wednesday at Ball Arena in Denver. Puck drop is set for 8 p.m. ET (ABC/ESPN+).

The Lightning are flirting with history trying to become the first team to threepeat since the New York Islanders won from 1980-84. Colorado, the heavy favorite, has an infusion of young talent that appears ready to hoist the Cup and start a dynasty of its own.

Tampa Bay’s Stamkos scored 5 goals in the Eastern Conference Finals and netted a goal in 4 of 6 games. The Lightning scored 31 goals in the series, and Stamkos accounted for 31% of them. He also scored 1 goal in 2 games against Colorado in the regular season. There’s a lot to like on his side of this wager.

Colorado’s MacKinnon had a tough series against the St. Louis Blues in the 2nd round as he scored in 1 of 6 games – though it was a hat trick in an overtime loss. However, he scored in 7 of the 8 games in the other two series. He had 1 goal and 2 assists against Tampa Bay in the 3rd game of the regular season.

Avs D Cale Makar (+180) is the favorite, and he has 4 more points than MacKinnon in the playoffs. However, MacKinnon has had more impactful moments. That goal he scored, coast to coast, to tie the game against the St. Louis Blues in Game 5 would have been iconic if they hadn’t lost that game. MacKinnon has the ability to put the team on his back, whereas Makar is a super-gifted player that just pitches in more often than most. If the Avs win, it’s because of the playmaking and game-breaking ability of MacKinnon.

The Lightning have lost only once on home ice in the playoffs. They will lose another, maybe in Game 6 to decide it. If you want to hedge and put a wager on Colorado wins series 4-1380) for some leeway, you’ll still be ahead if either of these two bets cash.

SportsbookWire’s Kevin Erickson pegged this a 4-3 Avs win, and that seems pretty reasonable. Colorado is the highest-scoring offense in the playoffs at nearly 5 goals per game, but it has had a lengthy layoff as well and will face its biggest task in Lightning G Andrei Vasilevskiy. We should see 6 goals and an Avs win in Game 1.