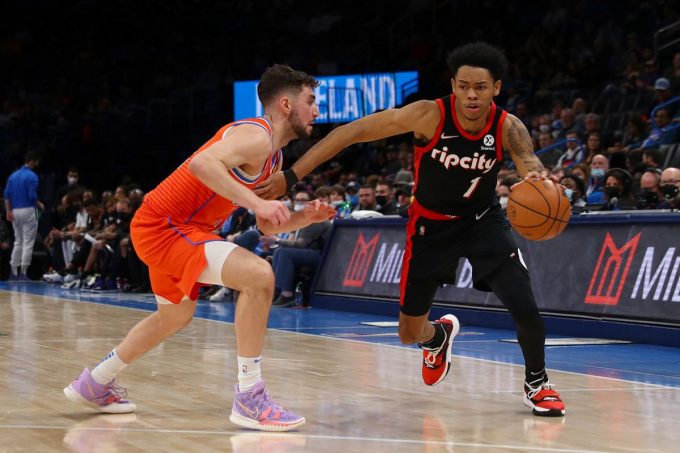 The Oklahoma City Thunder (21-53) wrap up a two-game road trip Monday when they face the Portland Trail Blazers (27-47). Tip-off is 10 p.m. ET at Moda Center. Below, we look at the Thunder vs. Trail Blazers odds and lines, and make our expert NBA picks, predictions and bets.

The Thunder are coming off a 113-107 loss at the Denver Nuggets and have only one win in their last 12 games. Their 21 wins are the second-fewest in the league.

The Blazers have lost three straight games and are coming off two consecutive losses to the Houston Rockets, who are tied for the fewest wins in the NBA. They have won only two of their last 15 games.

Nine games during the Thunder’s 10-game skid came to teams who will be in the playoffs or the play-in games. This is the first game all season the Thunder have been favored on the road.