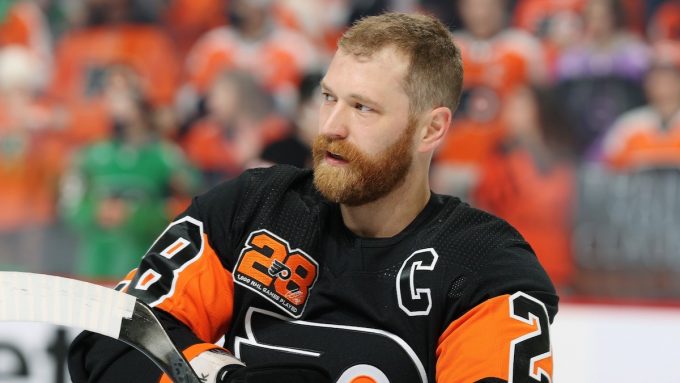 It seems like this is the calm before the storm for the Edmonton Oilers. They’re frequently talked about in the rumour mill, but there hasn’t been any action, just yet. There’s the Evander Kane contract saga, the Jesse Puljujarvi situation and his uncertainty with the club, and there are also talks they’ll be involved in the Ville Husso or Jack Campbell sweepstakes to stabilize their goaltending.

Hockey insider Pierre Lebrun wrote about the latest Oiler gossip in a recent article stating that Edmonton has an interest in pending unrestricted free agent forward Claude Giroux. If the Oilers aren’t able to work out a contract with Kane, the team has internally discussed the merits of trying to sign the former Philadelphia Flyers’ captain (from ‘Lebrun Rumblings: Why Hasn’t Filip Forsberg Re-Signed with Nashville Yet? Claude Giroux to Edmonton?,’ The Athletic, 7/4/22).

Giroux has recorded a ton of mileage after 1,018 regular-season games, yet, his 65 points in 75 games last season proves there’s still plenty of gas left in the tank. He’d be the type of veteran player that could help the Oilers inch closer to becoming Stanley Cup contenders.

Why Would Giroux Consider Signing in Edmonton?

The Hockey Writers’‘ Mark Scheig recently wrote how Edmonton is starting to become an attractive option for free agents. For some players a motivation to sign with a team is money, but for others, like Giroux, a motivator could be to lift the Stanley Cup. He will be entering his 16th season in the NHL and the furthest he’s come to winning a championship was a Stanley Cup Final appearance in 2010. According to CapFriendly, he’s made over $78 million in his career and at this point, money wouldn’t be the most important factor for him.

Without a doubt, Giroux, like many others, took notice of Connor McDavid and Leon Draisaitl’s legendary playoff performances, which elevated their status to “win now” mode. Their appearance in the Western Conference Final proved that they’re one of the teams close to winning a Stanley Cup and that’s something Giroux would certainly like to add to his already illustrious career.