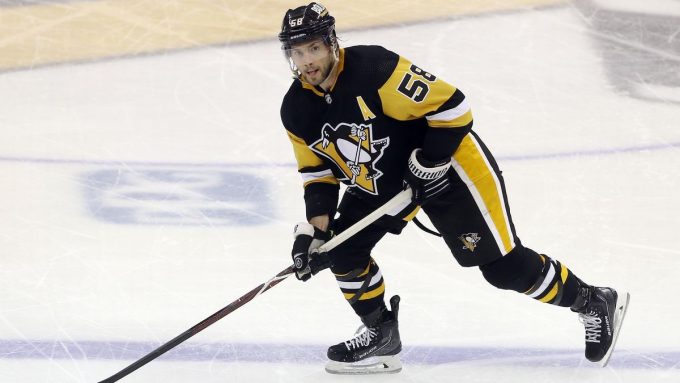 Defensemen are always hard to find. The best ones get locked up and even serviceable top four defenders are held on to fiercely. It’s partly why every trade deadline sees defensemen earn the highest returns due to their general scarcity.

This free-agent class is no different and in fact, might be worse than usual. Kris Letang is the only bonafide top pairing blueliner, with John Klingberg and Alex Edler being passable options. After that? Depth. Depth. Depth. There’s analytics darling Brett Kulak and scout’s dream Ben Chiarot – but neither are players who really move the needle. For teams that need defense, it’s going to be very tough finding anyone worthwhile on the open market.

As is the case every year, we’ve already broken down the league’s top 50 free agents, separating each notable player into tiers. Sometimes it’s easier to look at the free agent landscape from a positional perspective though. Different teams have different needs and fits – it makes a bit more sense to go through an exclusive list of forwards if that’s at the top of a team’s wish list.

It also helps to break down the marketplace by showing what exactly is available to potential suitors. That adds another wrinkle to things as market prices can often be dictated by supply and demand. A low supply and a high demand could mean exorbitant prices that go way above what a player arguably deserves. A positional list can add that type of context by showing how strong (or weak) the field is.

It’s a bit of a shock that the Penguins legend isn’t already signed as he’s been such a valued member of the core for over a decade — and there isn’t really an internal replacement for his services either. Letang is 35 and has warts, but he remains incredibly productive and strong on the breakout. Relative to teammates his five-on-five numbers have dipped in recent seasons, but overall the team still out-chances and outscores opponents with Letang on the ice. He can still eat tough minutes. That’s valuable and Letang is easily the best defenceman available on the board.

How valuable and for how long is the most important question and it seems that Evolving Hockey’s projection nails it. Three years is probably the sweet spot and at that length, a contract at around $8.5 million is reasonably fair for what Letang currently provides — and how he ages. It’s that latter part where there’s definitely some risk, especially with some of the cracks under the surface of his game.

It’s telling that Sergei Gonchar, the man Letang himself essentially replaced, shows up as the second-best comparable. Gonchar fell off immediately in a new locale, which could denote a hidden Penguins effect (read: Crosby effect) that GSVA may not properly capture. For other teams, there is some buyer beware in that regard. For the Penguins though, they know what they’re getting, it’s just a matter of how long they’re getting it for. Dan Boyle’s arc might be a best-case scenario, but he was much better and steadier than Letang at the time.

Letang’s projected arc suggests he can be a top pairing defenceman for three more seasons and a number one defenceman for the first two. The team that signs him has to weigh if that third year is worth the risk. Given his trajectory before this past season, there’s some reason for worry.