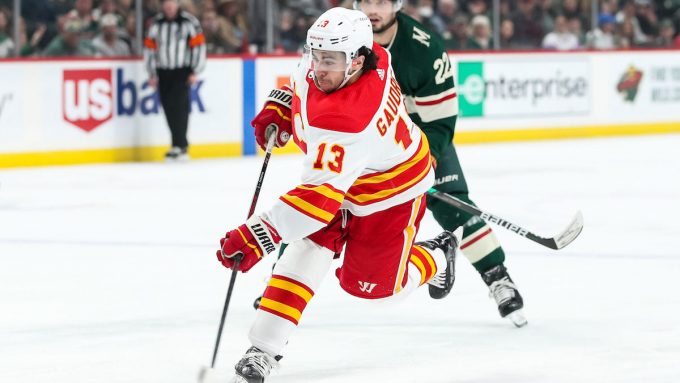 The NHL offseason is upon us, and with it, there are tough decisions to be made.

The league’s salary cap is set to increase next season for the first time in three years — but only by $1 million. So plenty of cap-strapped teams are currently assessing their rosters, determining who can be brought back and who must be replaced.

The first domino already fell in Minnesota, with 85-point scorer and restricted free agent Kevin Fiala being traded by general manager Bill Guerin to the Kings on Wednesday for a first-round pick and prospect Brock Faber.

Which players could follow Fiala’s lead? We asked the writers who know the teams best. Here’s what they said.

Anaheim is in good shape in that it doesn’t have a UFA it can’t afford to let walk. Bottom-six penalty killer Zach Aston-Reese could be brought back, but if not, another player with his abilities could be found on the market or developed from within. The Ducks’ bigger free-agent worries are forwards Isac Lundestrom and Sonny Milano, both of whom could choose to file for salary arbitration if deals can’t be agreed upon. (Milano has the larger qualifying offer at $1.8 million.) Deciding how much of a commitment to make to either might be their toughest call.

Assuming Arizona lets all of its pending UFAs walk, the most interesting negotiation will be with restricted free agent Lawson Crouse, who is 25 and had arguably his best NHL season to date in 2021-22. The No. 11 pick from the 2015 draft is just coming into his prime and would elicit interest from teams seeking a power forward with size and strength (6-foot-4, 200 pounds). But the first challenge is getting him under contract — and he’ll be due a raise from the $1.533 AAV he played under last season.

Unless you’re factoring in Patrice Bergeron, whose decision on whether to return is in his own hands, it has to be Curtis Lazar, because just about everybody else is signed for 2022-23. Lazar was good as the fourth-line right wing. He played center when necessary. He killed penalties. He was not shy about driving to the net. The Bruins would like to keep the 27-year-old. But he could do better on the free market in terms of salary and opportunity.

Buffalo’s toughest decision has to be what to do with Victor Olofsson. The soon-to-be 27-year-old winger will be a restricted free agent this offseason. Barring a trade, he will be back in Buffalo. But the question is what type of contract he’ll get. Will the Sabres give him a qualifying offer and take it to arbitration? Or will they sign him to a long-term deal? Buffalo has plenty of cap space but needs to be mindful of saving it for the developing core of young players who will need contracts next offseason and beyond.

It’s Johnny Gaudreau. He’s the Flames’ most skilled player and just put together another top-five Hart Trophy season, with career-best numbers. However, he’ll require a massive raise from the $6.75 million cap hit he’s carried the past six seasons. And as a UFA, Gaudreau has control over what happens here, and there’s reason to believe he might want to peek at what’s available once free agency opens. If that happens, will the Flames need to move on and sign someone else? Will he want to stay in Calgary once he sees what offers are out there? All that remains to be seen, but his choice will have potentially huge ramifications for the Flames.