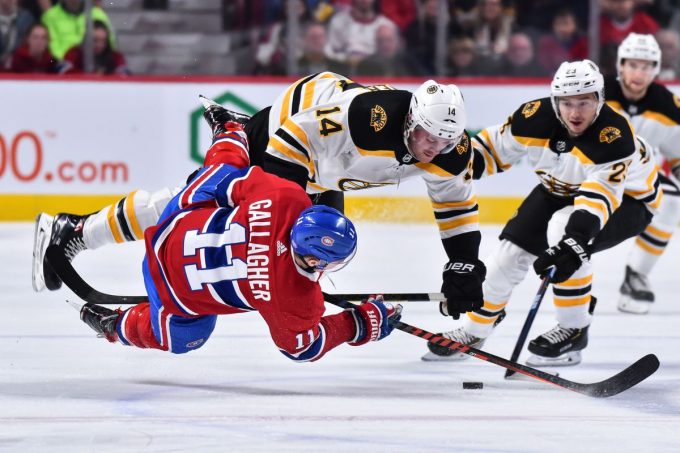 The Boston Bruins and the Montreal Canadiens meet in NHL action from the Bell Centre on Monday night.

The Boston Bruins come into this game looking to build on a 4-2 win over Winnipeg last time out. David Pastrnak leads the Bruins in scoring with 61 points while Brad Marchand is right behind with 60 points, with Marchand logging 25 goals and a team-high 35 assists while Pastrnak has a team-high 33 goals and 28 assists and Patrice Bergeron has 45 points with 17 goals and 28 assists as well. Taylor Hall and Charlie McAvoy have a combined 64 assists while Matt Grzelcyk’s posting a team-high +15 plus/minus rating as well this season. Linus Ullmark’s posted an 19-9-2 mark with a 2.72 GAA and a .909 save percentage between the pipes for the Bruins while Jeremy Swayman is 17-8-3 with a 2.10 GAA and a .925 save percentage this season.

I get the case to be made for Montreal as the Canadiens have provided value in certain spots as of late. However, the Boston Bruins are the better team with something besides pride to play for in this game and the Bruins have had a lot of success against Montreal, winning 13 of the last 16 meetings including the two meetings this season by a combined score of 10-3. Give me Boston in regulation in this one.