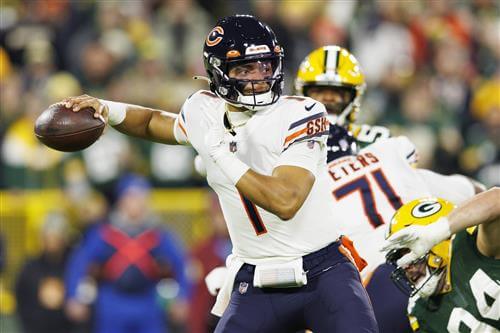 “Building the offense around him and his strengths,” Eberflus said Monday, after being introduced as the 17th head coach in franchise history. “What does that look like? I don’t know right now.

The offense is high on the to-do list for Eberflus and new general manager Ryan Poles as they take over the Bears from Matt Nagy and Ryan Pace, respectively. Nagy inherited former quarterback Mitchell Trubisky — which ultimately didn’t work out. Now Eberflus and Poles are in the same situation, inheriting Fields, who was drafted last year and had a rocky rookie season. The Bears ranked 27th in scoring in 2021, averaging 18.3 points per game.

Eberflus was the defensive coordinator for the Indianapolis Colts before taking over in Chicago. The team hired former Green Bay Packers quarterbacks coach Luke Getsy to run the offense, but he and Eberflus are also inheriting a roster largely devoid of playmakers — outside of Fields.