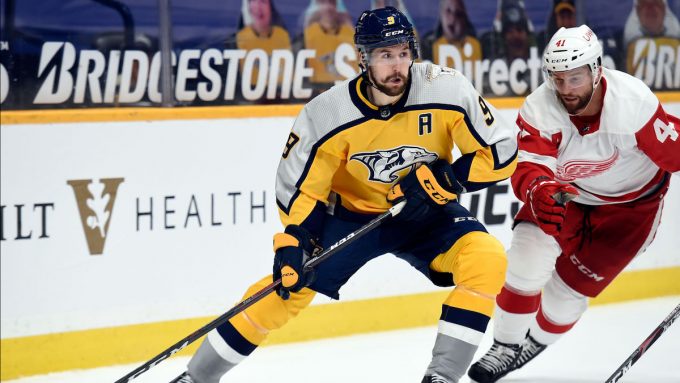 The Nashville Predators have a big decision to make in the 2022 NHL free agency, and it’s one that involves a top player in the form of center Filip Forsberg. The forward is set to hit the free-agent market with the six-year extension deal he signed in 2016 $36 million with the Predators about to lapse. Forsberg has already expressed his interest in staying in Nashville, but nice words don’t really amount that much during this time of the year in the NHL calendar. Forsberg should command attention from different teams in need of a shot in the arm on offense, especially after he just put together his best season in the NHL, so far in his career.

New York’s offense wasn’t exactly the best out there during the 2021-22 NHL season. The Isles were just 20th in the league with only 2.79 goals per contest, in part because they struggled big time in controlling possessions. In fact, the Islanders were fifth-worst with a 46 CF% and just 24th in high-danger shots for percentage (46.4%) — both in 5-on-5 situations. New York usually gets by with its mediocre offense because Barry Trotz was good enough to steer this team to playoff contention with elite defensive coaching.

With Trotz gone, the Islanders are pressed to improve their attack and someone like Forsberg could be that guy to help cover the gaping hole on their offense. Brock Nelson and Mathew Barzal led the Islanders last season with each coming up with only 59 points. Meanwhile, Forsberg had 84 in the 2021-22 NHL campaign with the Predators on the strength of 42 goals and 42 assists. While the offensive talent around Forsberg in Nashville was considerably better than what the Islanders had, Forsberg should be able to add height to the ceiling of New York’s offense.

Among the biggest narratives this offseason for the Penguins is whether they will still have the services of veteran center Evgeni Malkin going forward. Malkin is a pending unrestricted free agent, but at 35 years old, the Penguins must not be too keen on offering him a long-term contract.

If Pittsburgh ends up losing Malkin, Forsberg can be the answer to the center depth issue that the Penguins would have in such an event. Forsberg would also inject youth into the Penguins’ roster that was fourth oldest in the league last season, according to Elite Prospects. Then again, Forsberg can move around a bit and play on the wings to complement either Crosby or Malkin. In any case, he is a top-six forward who should at least be blinking on the Penguins’ radar.