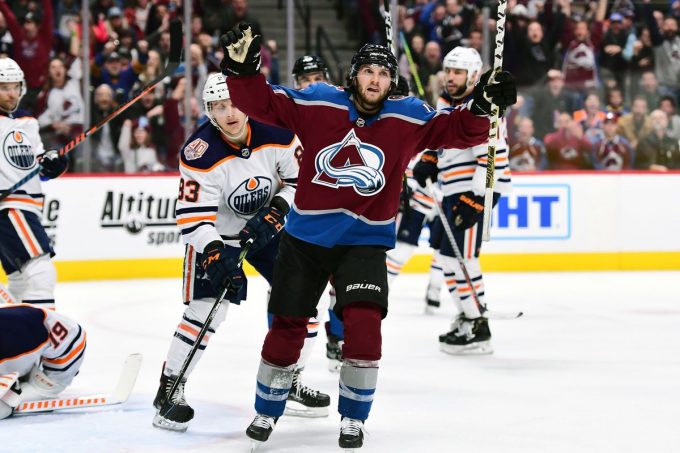 The Edmonton Oilers and the Colorado Avalanche meet in NHL action from the Ball Arena on Monday night.

The Edmonton Oilers will look to add to a five-game win streak after a 6-3 win over New Jersey last time out. Connor McDavid leads the Oilers in scoring with 90 points with 35 goals and a team-high 55 assists while Leon Draisaitl has 86 points with a team-high 41 goals and 45 assists. Ryan Nugent-Hopkins has 37 points with 30 assists and Zach Hyman has 41 points with 21 goals this season. Mikko Koskinen has seen the bulk of Edmonton’s action in goal, going 23-9-3 with a 3.04 GAA and a .904 save percentage while Stuart Skinner has gone 6-6 with a 2.62 GAA and a .913 save percentage and Mike Smith’s 6-8-1 with a 3.39 GAA and an .896 save percentage this season.

The Colorado Avalanche will hope to add to their three-game win streak after a 5-3 win over San Jose last time out. Nazem Kadri leads the Avs in scoring with 74 points including a team-high 51 assists while Gabriel Landeskog has 59 points and Cale Makar has 69 points with Landeskog logging 30 goals and 29 assists while Makar has 22 goals with 47 apples and Devon Toews has a team-best +47 plus/minus rating. Mikko Rantanen has 29 goals as well as 73 points of his own and Nathan MacKinnon has 66 points with 21 goals and 45 assists this season. Darcy Kuemper has gone 29-8-2 with a 2.41 GAA and a .923 save percentage this season in goal for Colorado.

I get the case that could be made either way here as Colorado’s been dominant at home this season, but the Oilers are just as hot in their own right at the moment. Instead, I’m going to side with the over. Both sides can flat out score, and both are prone to defensive lapses here and there. In a game that I could end up seeing as a 5-4 game whichever way you have it, give me the over here.