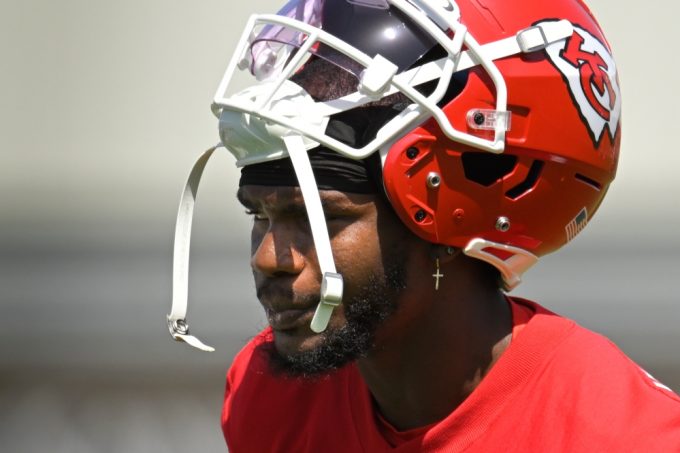 The Kansas City Chiefs saw one of their top rookies leave practice early on Tuesday, potentially with an injury.

Skyy Moore lined up against fellow rookie Nazeeh Johnson for a 1-on-1 drill during practice. Moore dropped the pass after gaining quick separation on Johnson. As he slowed, Johnson collided with him from behind and Moore fell to the ground getting his legs caught up beneath him.

You can watch the video of the play from KSHB-TV’s Aaron Ladd below:

Moore has been a standout player throughout the team’s training camp practice sessions so far. He had just recently begun to work in with the first team offense more frequently after having a few successful days working with the second team.

Reporters and fans in attendance noted that Moore got up from the play limping and made his way over to the athletic training staff. After a brief stay in the medical tent, he walked up the hill to the practice facility under his own power. The fact that Moore walked up the hill and wasn’t carted up suggests that any injury that occurred was minor. We’ll likely hear more from team representatives after practice. 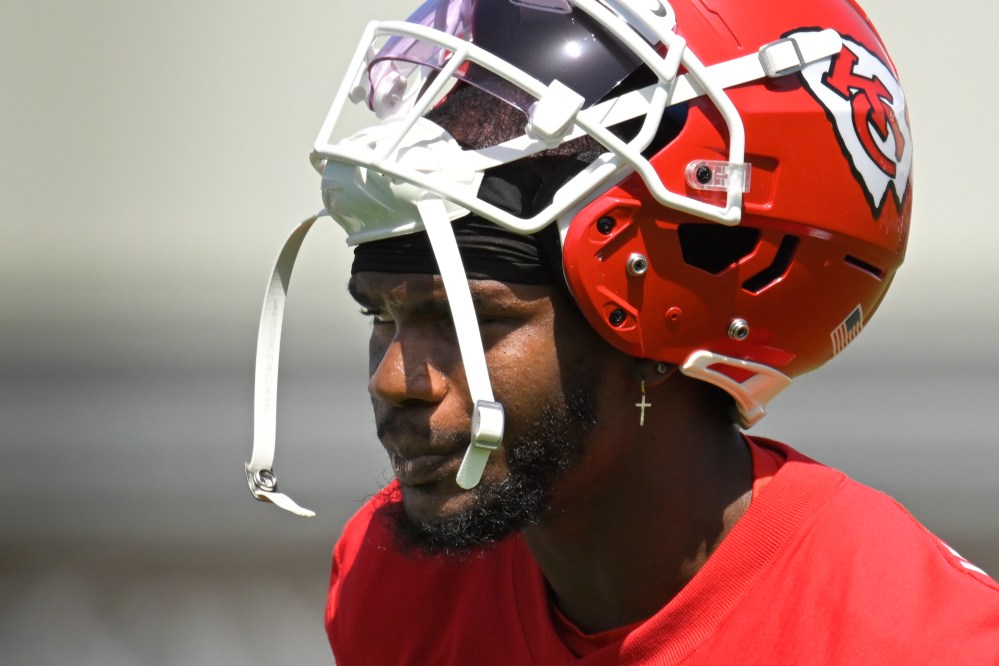