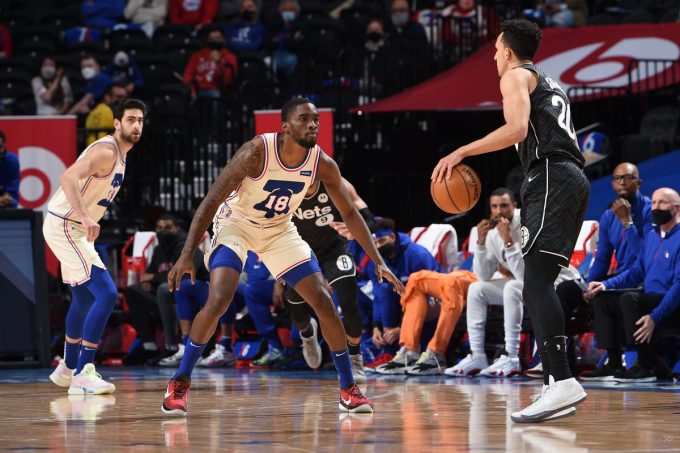 The Brooklyn Nets (33-33) wrap up a three-game road trip Thursday against the Philadelphia 76ers (40-24). Tip-off is 7:30 p.m. at Wells Fargo Center. Below, we look at the Nets vs. 76ers odds and lines, and make our expert NBA picks, predictions and bets.

The two sides face each other for the first time since the big February trade built around swapping guards Ben Simmons and James Harden. The Nets have struggled and gone 4-8 since the trade and have fallen all the way to .500.

Brooklyn is eighth in the Eastern Conference and is coming off a 132-121 win over the Charlotte Hornets Tuesday. G Kyrie Irving dropped 50 points in the victory.

The 76ers are in third place in the East, just 2.5 games behind the conference-leading Miami Heat. They won 121-106 at home against the Chicago Bulls Monday and have won six of their last seven games and eight of their last 10.

Brooklyn has won three of its last five road contests. The 76ers have won five of their last six games at home.

The 76ers have scored at least 120 points in six of their last seven games. The Nets have lost 11 of the last 13 games they have allowed an opponent to score 120 or more.

It is reaching the price point where you might want to pass, except including a money line bet in a parlay, but take 76ERS (-200).