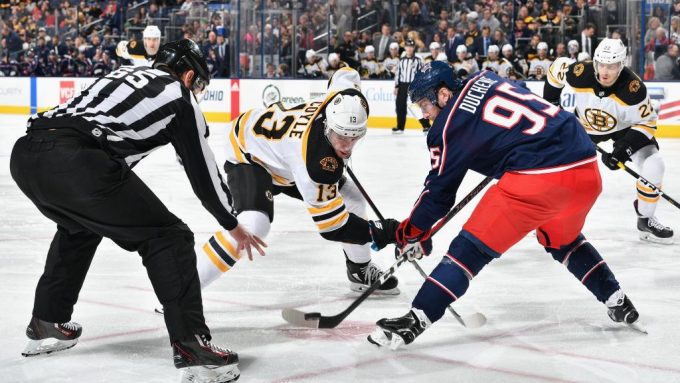 The Boston Bruins (33-18-4) visit the Columbus Blue Jackets (28-25-2) Saturday at Nationwide Arena. Puck drop is scheduled for 7 p.m. ET (NHL Network). Below, we look at the Bruins vs. Blue Jackets odds and lines, and make our expert NHL picks, predictions and bets.

Boston enters this tussle winners of six of its last seven games. The Bruins disposed of the Vegas Golden Knights 5-2 Thursday and have been getting contributions from reliable and unlikely sources alike. RW David Pastrnak has 7 goals in as many games, and C Craig Smith broke out with a hat trick Thursday.

Columbus nearly pulled off the upset Friday but was downed 4-3 in overtime by the Los Angeles Kings. RW Patrik Laine remains ablaze with 15 goals in the last 14 games.

The second-year man Swayman holds the NHL lead with a 1.95 GAA. He is 21-10-3 with a 1.82 GAA and a .934 SV% over the first 35 games of his career. The B’s have a clear advantage when he’s between the pipes. He played Monday and Thursday, which should have him fresh enough to lace them up for this one.

Berube has been a crash test dummy in his first four starts this season seeing an average of 42.5 shots per night. He has allowed at least 3 goals in each, but he has really stood his ground stopping 92.4% of them. He has been off for a week and enters this one rested for another barrage.