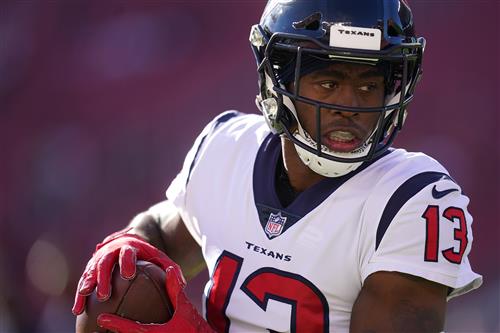 The New England Patriots could land one of their former receivers in the offseason.

As the Patriots hunt for a true No. 1 receiver for Mac Jones to throw to, they could look to a familiar face. According to Bleacher Report’s Kristopher Knox, a “blockbuster” trade scenario sees the Patriots acquire their former receiver, Brandin Cooks, in exchange for their 2022 second-round draft pick.

“Adding a true No. 1 receiver could help (Mac) Jones take another positive step in Year 2,” says Knox. “The Patriots provided Jones with several good complementary pass-catchers but no legitimate top target. Jakobi Meyers led the team with 866 yards and two touchdowns. However, he provided a passer rating of only 81.0 when targeted.

While Bill Belichick is unquestionably an all-time great coach, he doesn’t have the best track record when drafting receivers early. 2019 first-round pick N’Keal Harry, for example, has just 598 yards in three seasons.

Instead of using a second-round pick on a receiver, the Patriots could instead use the pick to bring back a familiar face, and we’d love to see it. At the trade deadline, ESPN’s Dan Graziano reported that the Houston Texans weren’t eager to move Brandin Cooks. However, Cooks appeared frustrated with Houston’s approach to rebuilding.

‘Such a joke,’ Cooks tweeted after Houston traded running back Melvin Ingram II to the New Orleans Saints (h/t Matt Young of the Houston Chronicle).

The Texans might be inclined to move Cooks for a valuable piece of draft capital. New England, in turn, could bring back a wideout who had 1,082 yards and seven touchdowns with the franchise in 2017.”