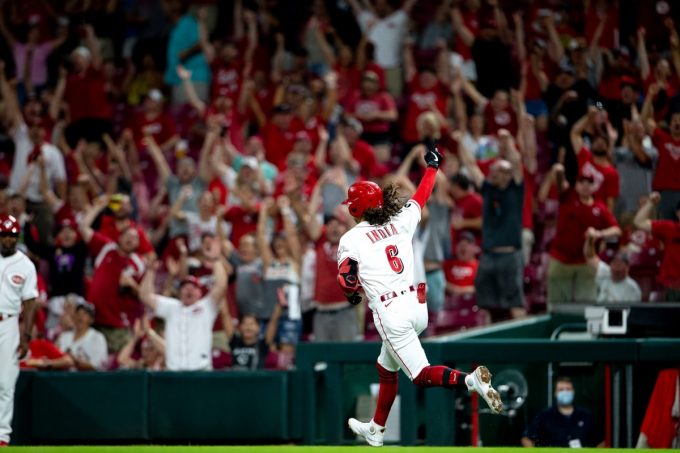 The Cincinnati Reds and the Atlanta Braves meet Thursday in MLB Opening Day action from SunTrust Park. Cincinnati posted an 83-79 record in 2021, finishing in third place in the National League Central. As for Atlanta, they won the National League East with an 88-73 record. The Braves would go on to win their first World Series championship since 1995 as well. Check back all season long for free MLB picks at Sports Chat Place.

Cincinnati had another underwhelming season in 2021 at 83-79 overall. The Reds landed behind the Brewers (95 wins) and the Cardinals (90 wins) in the standings, going a combined 19-19 against both teams. The Reds fell out of the running with a bad first half in September at just 4-9 in their first 13 games.

Cincinnati loses some key names from the roster this year, including Jesse Winker, Eugenio Suarez, Sonny Gray and Nick Castellanos. The Reds bolstered their ranks with a few nice adds, including Mike Minor, Jake Fraley and Tommy Pham.

Over on the Braves’ side, there’s not much to complain about from last season. Atlanta went a solid 88-73 overall to take the title in the National League East. In the playoffs, the Braves rolled through Milwaukee, the Dodgers and the Astros on the way to the World Series championship.

Atlanta won’t look quite the same when they step out onto the field for this one. The Braves’ most notable change was taking Matt Olson over Freddie Freeman at first base. They’ll also have Alex Dickerson at DH and Ronald Acuna joining in May after he recovers from his torn ACL.

PICK: I’m going to stay with the Braves here. I’m probably not going near Atlanta for a while however—at least until we see what Olson looks like. In any case, the Braves will have Max Fried on the mound for this opener; he heads a five-man projected rotation that started 106 games last year. Atlanta should be able to keep most games close with their top arms; if they can continue to provide runs the team should also be well on their way to another deep playoff run.