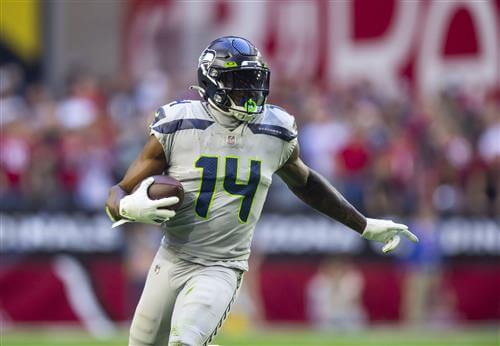 Seattle Seahawks wide receiver DK Metcalf is one of the most dangerous vertical threats in the NFL. But with the franchise entering a pivotal point this offseason, weighing a rebuild vs. one last run, things could change dramatically in the spring.

The focus right now in Seattle is trying to convince Russell Wilson to stay. He is open to a return, but the Pro Bowl quarterback wants to explore his options. With a philosophical divide already existing between Wilson and head coach Pete Carroll, the possibility of a blockbuster trade becomes even more likely.

Trading Wilson would inevitably signal a rebuild for the Seahawks. A franchise without significant draft capital and having a number of holes to fill on the roster would be in a difficult spot. With Metcalf poised to become a free agent in 2023, this offseason could be the time for Seattle to make a move.

Cleveland will be seriously evaluating its quarterback in the offseason, exploring upgrades over Baker Mayfield. With that said, it’s very possible the franchise settles for giving its former No. 1 overall pick another season. If that happens, expect the front office to aggressively pursue a top wide receiver.

Metcalf showed visible frustration in 2021, bothered by the constant losing and a fluctuating role in Seattle’s offense. While he led the team in targets (129), a 58.1% catch rate and 10 games with fewer than six receptions diminished his production. With Tyler Lockett seemingly becoming a bigger priority in the offense, Metcalf might want to be the go-to weapon in a new offense.