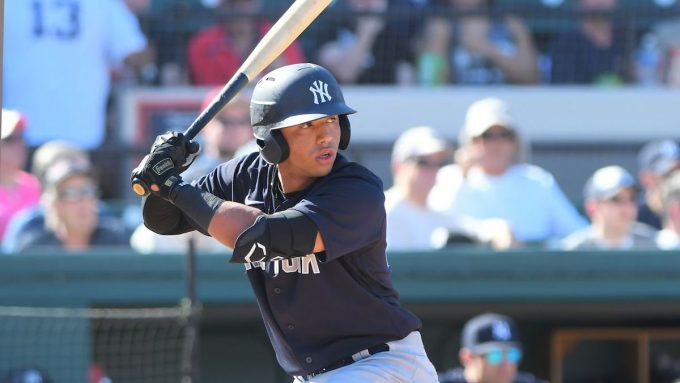 The New York Yankees are expected to be active at the trade deadline, looking to build the best possible roster ahead of their push for a World Series. Anything less than their 28th championship will be a disappointment in the Bronx, so bolstering the roster at the deadline would be a wise move for Brian Cashman and Co. While trading for some top-tier talent is enticing, the Yankees can’t afford to overpay at the deadline.

If the Yankees want to land a big-name player, it’ll cost some of their top prospects. The Yankees should be willing to move on from some of their farmhands, however, there are a select few prospects that the team should consider virtually untouchable.

The Yankees have one of the better farm systems in the league. MLB.com ranks their minor-league system as the 13th best in baseball, though there are some extremely talented players in their ranks.

Regardless of who the Yankees are in pursuit of this trade deadline, the organization must make abundantly clear that these top prospects are unavailable, unless the Yankees are getting some serious star-power in exchange.

Shortstop remains one of the Yankees’ biggest positional needs going forward. While a trade for a shortstop isn’t out of the picture at the deadline, New York won’t want to commit to any acquisition on a long-term deal. Peraza ranks as the No. 2 prospect in the Yankees’ farm and figures to reach the MLB by 2023, if not earlier.

Peraza is potentially the future at shortstop for the Yankees, and moving on from him without a clear cut plan for the future at the position would be a senseless decision.